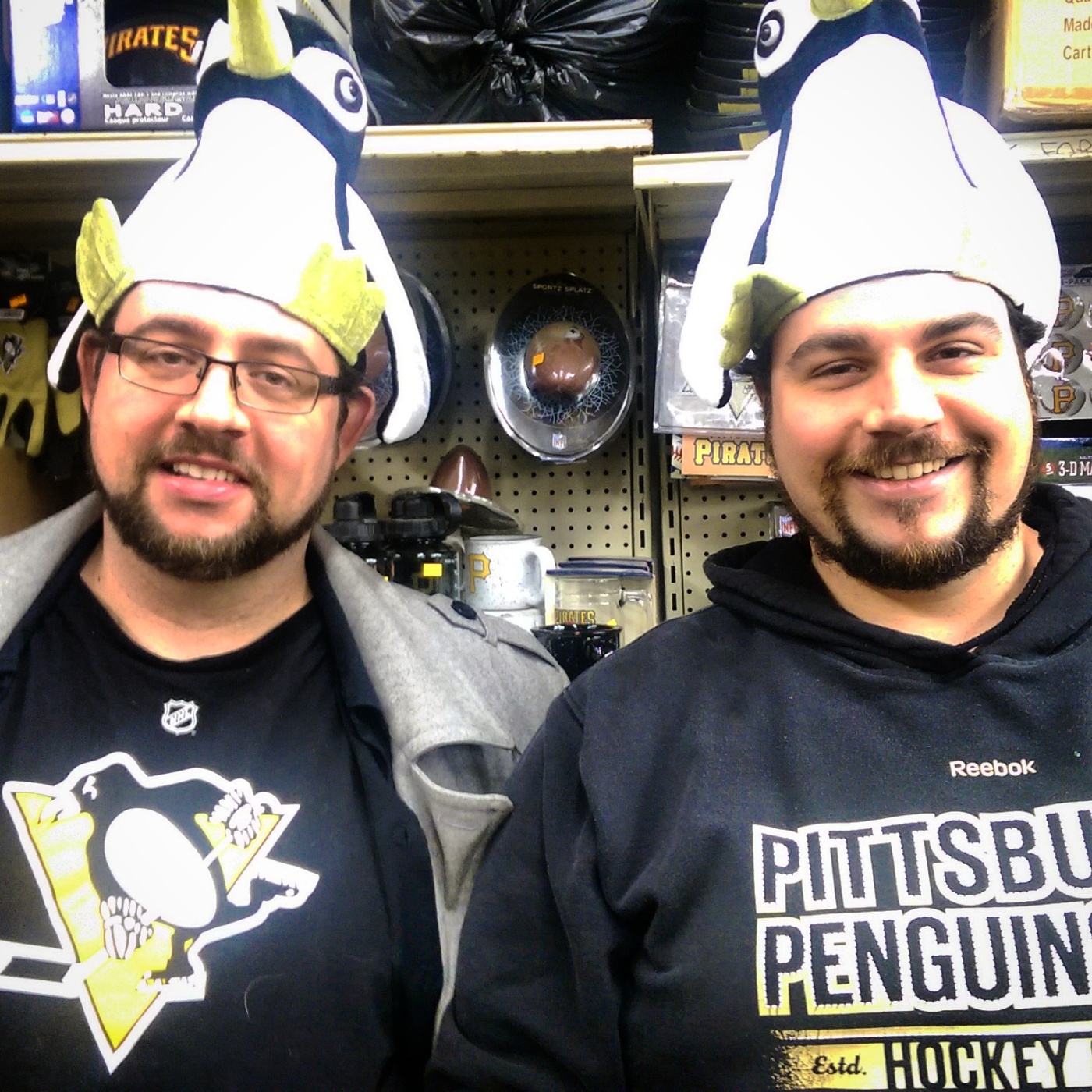 It’s only been close to 2 years since I wrote anything here. Who would have guessed that the last post (which was my most popular post ever) would have been so…prescient? And also, y’know, hopeful. As you may have noticed, the title to this entry is not exactly uplifting or charming.

Since the last time I wrote anything here, the Penguins won the Stanley Cup. And then won it again the following season. That’s an impressive feat. And the Pens have been, shall we say, a little less exciting this year, but those (as I was typing “but those” I accidentally types “butt hose” and had to step away for a minute because I am forever a child) problems seem to have been mostly fixed and the team is fun to watch.

We also elected a dangerous sociopath with narcissistic and despotic tendencies to the highest office in all the land and he’s ruling like a low-rent king of an Eastern European nation people couldn’t plot on a map. That happened since I last wrote anything here.

But those haven’t meant much of anything in the grand scheme of my own little world because my world got a lot shittier in September.

As most of you know (since this is shared via my personal Twitter and Facebook), on September 4 my brother quite suddenly and unexpectedly passed away. I have dealt with so many different emotions over the last few months. There have been times when I have been completely clear-headed and understanding and there have been times when ugly crying comes out of nowhere. On the whole, given the circumstance, I think I’ve handled things about as well as I could. It doesn’t mean that things are good. They’re about as far from good as they can be. Treading water is only slightly better than drowning, but it doesn’t move me any closer to terra firma.

I don’t intend to get into details and I appreciate that you don’t ask about them. I’m just kinda dealing with things as they come along. And I’m not worried about myself. I’ve been miserable for the better part of 20 years. You can only have so much misery in a constant stream before misery becomes the new normal. That’s just kinda how things have gone. It’s the hand I’ve been dealt.

And I know the rebuttals I will get in response to this, but let me have my weird philosophy about things – maybe happiness just isn’t something I can attain. Sure, there are moments where things are good, but they are few and far between. The majority of my time is spent at the heels of Lady Fortune instead of near her cap. and maybe that’s just how things worked for me. Life, the universe, everything needs balance. And maybe I’m just supposed to be the sour to other people’s sweet. If there are people who have had nothing but good fortune and sunshine and rainbows, there has to be a sect of people who have had misfortune and rain clouds.

Yes, yes, I fully understand that there are so many out there who “have it worse than I do.”

If there is one way of thinking and saying something to completely and totally undermine and devalue a person, it’s telling them that their feelings, emotions, thoughts, etc., are invalid because other people have it better/worse/whatever. I am fully well aware that lots of people have it “worse.” Pretty much half of the world has it worse. None of that makes my personal suffering any less. In fact, saying that to me (or anyone else experiencing trauma or suffering or whatever) makes me feel even worse because it plants the seed of “gee, I don’t have it as bad as X because I at least have clean, running water.”

Telling someone who is suffering that they need to just pick their chin up and realize it isn’t so bad is possibly the most damaging thing you can do. What you are really saying is “I don’t care and your emotions and experiences are not valid, therefore you are not valid. Fall in line. Know your role. Render thanks unto the Capitalist Machine.”

To the earlier point – I’m coming around to the idea that this is my lot in life. I have to be the sour to balance out other people’s sweet. And I know that I don’t know everyone’s story and what hidden pains and injuries they have, but I only need to take a quick run through Facebook and a few clicks and searches here and there and I see a lot of people from my personal sphere who are living great lives of adventure and happiness. Maybe it’s a facade. For the majority, it certainly doesn’t seem that way. And I see how many people I was close to/with and how those lives have veered in the complete opposite direction since I was removed or made a far less integral part.

And I am slowly becoming OK with these things. That is the way of things. And maybe in some distant future things will turn around and someone will take my spot. Anything is possible.

But the better portion of the last 18 years has been pretty awful. Not really looking forward to the next 18, but, what choice do I have in the matter?

So, that’s where things stand. I do intend on writing in here more often because I need some sort of outlet. Please pardon the random changes you see to the site and layout in the coming days/weeks/months. I keep trying new things and seeing what sticks.

I’m keeping my head above water. I’m still treading. But I am still far from land.

One thought on “Everything is awful”

The Past is the Past